VASP is commercial software which can only be licensed to groups that are hired by a single legal entity, which is incompatible with the way we operate. We have tried to negotiate an agreement with the licensor which would let us install the software everywhere on our infrastructure, but without success. For that reason you may have to install VASP yourself (though see "Site exceptions" below). Please read the terms of your own license, as you are likely subject to the same restriction. This limits the support we are allowed to offer to users who need help installing the software. Please see "Building VASP yourself" below for instructions on installing the software.

Simon Fraser University and the University of Waterloo own Cedar and Graham, and have a license with VASP. Some of their employees are therefore allowed to access and install specific versions of VASP on those clusters and provide limited support.

If you wish to use the prebuilt VASP binaries on Cedar and/or Graham, you must contact Technical support requesting access to VASP with the following information:

Prebuilt VASP binary files have been installed only on Cedar and Graham. According to our license agreement we are not allowed to install VASP centrally on other computer clusters. However, users may want to install VASP on their own home directory. Please have a look at Building VASP yourself. To load prebuilt VASP please do the following:

All pseudopotentials have been downloaded from the official VASP website and untarred. They are all located in $EBROOTVASP/pseudopotentials/ on Cedar and Graham and can be accessed once the VASP module is loaded.

For VASP-4.6, executable files are:

Two extensions have also been incorporated:

If you need a version of VASP that does not appear here, you can either build it yourself (see below) or write to us and ask that it be built and installed. 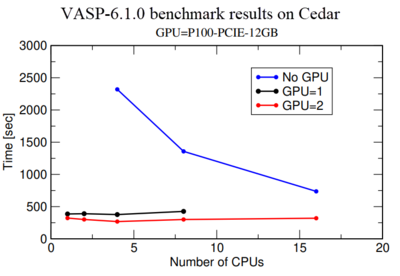 Fig.1 Simulation time as a function of the number of CPUs for GPU=0, 1, and 2

Vasp-GPU executable files run on both GPUs and CPUs of a node. Basically, calculation on a GPU is much more expensive than on a CPU, therefore we highly recommend to perform a benchmark using one or 2 GPUs to make sure they are getting a maximum performance from the GPU use. Fig.1 shows a benchmark of Si crystal which contains 256 Si-atoms in the simulation box. Blue, black and red lines show simulation time as a function of Number of CPU for GPU=0, 1, and 2 respectively. It shows the performance for GPU=1,2 and CPU=1 is more than 5 times better compared to GPU=0 and CPU=1. However, a comparison of calculations with GPU=1 and GPU=2 indicates that there is not much performance gain from GPU=1 to GPU=2. In fact, use for GPU=2 is around 50% in our monitoring system. Therefore we recommend users to first perform a benchmark like this for their own system to make sure they are not wasting any computer resources.

Example of a VASP job script[edit]

The following is a job script to run VASP in parallel using the Slurm job scheduler:

VASP uses four input files named as INCAR, KPOINTS, POSCAR, POTCAR. It is best to prepare VASP input files in a separate directory for each job. To submit the job from that directory, use:

If you do not know how much memory you need for your job, prepare all your input files and then run makeparam in an interactive job submission. Then use the result as required memory for the next run. However, for a more accurate estimate for future jobs, check the maximum stack size used by completed jobs and use this as the memory requirement per processor for the next job.

If you want to use 32 or more cores, please read about whole-node scheduling.

If you are licensed to use VASP and have access to VASP source code, you can install VASP-5.4.4, 6.1.2, 6.2.1 and 6.3.0 in your /home directory on all our clusters (except Niagara) using one of the following EasyBuild commands. The VASP build will be the same as the ones on Cedar and Graham, and will include the Transition State Tools and VASPsol extensions.

where SOURCEPATH is the path to the VASP source file. The source files for vasp-5.4.4, 6.1.2, 6.2.1, and 6.3.0 are vasp.5.4.4.pl2.tgz , vasp.6.1.2_patched.tgz , vasp.6.2.1.tgz and vasp.6.3.0.tgz respectively. You may download the source code from the VASP website. Running the command will take some time, perhaps more than an hour. Once it is done, you will be able to load and run VASP using module commands just as explained above in Using prebuilt VASP.